#CleaverAwards2018 – The Gold Standard in the SA Red Meat Industry

By Manager@Karaglen25th Feb 2019 No Comments

The 14th Annual Cleaver Awards voting will close in a few days. The Karaglen SuperSpar butchery has already won 10 awards under the expert guidance of master butcher, Marius Jordaan. “This year we hope to make it to the top again,” says Marius.

“If we make it, it will be the 11th consecutive year that Karaglen SuperSpar’s meat market has featured at the awards,” he says, adding, “we could not have done it without our valued supporters”. Around 30 000 nominations are received from around South Africa every year.

To vote for Karaglen SuperSpar and Marius click here.

To find out more about the Cleaver Awards and Beef Talk, check out this page. The awards were launched in 2005 with the aim of highlighting quality in the red meat industry. Feedback from consumers has shown that the majority of consumers perceive the Cleaver Awards to be a seal of approval when buying red meat. Every year it is up to the customers to nominate and vote for their favourite butchery. 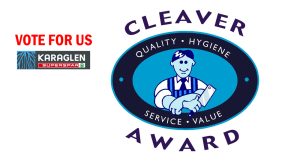 Nominations opened between October and December last year. Consumers around the country set out to vote and nominate for their best butchery. In 2017, over 30,000 public nominations were received and 100 finalists were assessed against a 212-point checklist.

In the 2017 awards, some of the National Winners scored up to 99,8%. The competition is tough and the standard is even tougher. The Cleaver Award winners are recognised for their commitment to service excellence in the meat industry. 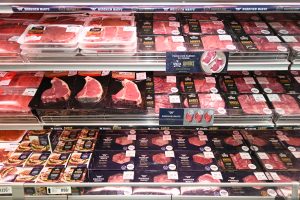 Our past Cleaver Awards: