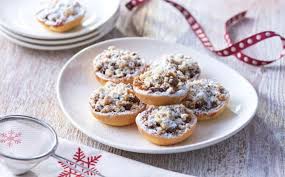 By Manager@Karaglen15th Dec 2018 No Comments

The Christmas Mince Pies first surfaced in the 11th Century when Crusaders returned from the Holy Land. When they returned the journeymen brought with them a wide variety of new oriental spices. The three most important spices they would use were cloves, nutmeg and cinnamon. It was believed that these three spices were given to the Christ child.

The Mince Pie was created to honour the birth of the child. These traditional pies were originally crafted to be oblong in shape to resemble a manger. There was a space at the top where the Christ child would be placed before baking. When it came time to eat the pie the baby was removed by the children in the family and the manger was eaten in celebration.

The pies were not large and many believed it to be lucky if they ate one pie every day for the 12 days of Christmas. As the years passed by, the pies became smaller and their content was changed. The meat from the pie was gradually swapped out for a rich mixture of dried fruit, suet and spices. The fruit was also steeped in brandy. These have become known as English Mince Pies. 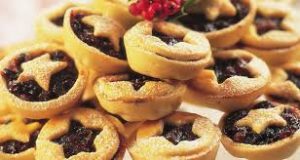 Make your own Christmas Mince Pies

Bake the mince pies for 15-20 mins until golden brown. Leave to cool before releasing them from the muffin trays and dusting with a little more icing sugar before serving.