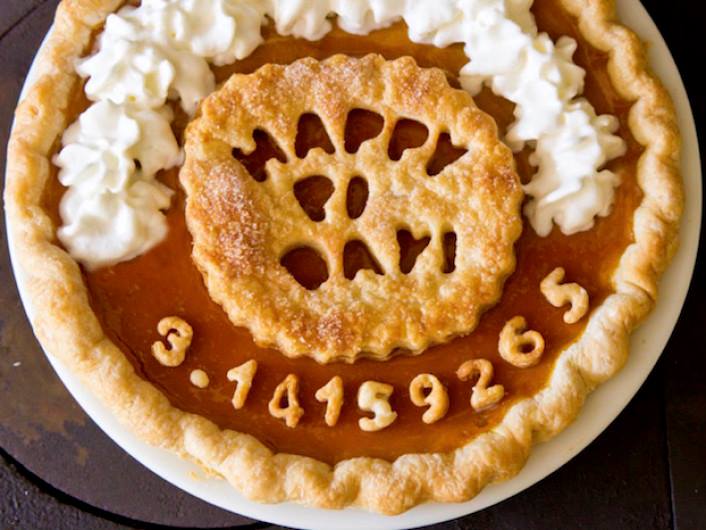 By Manager@Karaglen13th Mar 2021 No Comments

Pi Day which falls on 3/14 is the international celebration of Mathematics. As an irrational and transcendental number, it will continue infinitely without repetition or pattern. While only a handful of digits are needed for typical calculations, Pi’s infinite nature makes it a fun challenge to memorise.

The Greek letter “π” represents. The day is an annual opportunity for math enthusiasts to recite the infinite digits of Pi, talk to their friends about math, and to eat Pie. The sequence can be found in formulas in both maths and physics. The real value of pi is 3.1415926535… with the three dots at the end signifying that the string of digits goes on forever.

One of the most well-known interesting facts surrounding Pi is that the number never ends. If you’re looking for a few more fun facts, here we go:

It is widely believed that Pi contains the numbers 0 to 9 in absolutely every conceivable combination. This means you can find everything from your ATM pin to your birthday within the Pi sequence. Why don’t you give it a go, find your birthday in Pi here?

When computers get involved

Computers have calculated Pi to over 22 trillion digits. The computer run by Peter Trueb a Swiss Scientist made use of 24 hard drives. This is also the current world record for the calculation. To give you an idea of just how many digits were in the calculation; it would take a person just over 700 000 years to read if they read one digit per second.

Every year maths experts from around the world compete to recite as much of the sequence as possible. In 2015, former vegetable vendor from India, Suresh Kumar Sharma set the world record. He recited an astounding 17 000 digits of Pi. The record took him 17 hours to accomplish.

A special birthday on 14 March

Another great reason to celebrate maths on Pi Day is that it is also Albert Einstein’s birthday. Stephen Hawking died on 14 March in 2018. Other notable Pi Day birthdays include composer Johann Strauss and Apollo 8 Astronaut Frank Borman.

Think you can remember the first 150 digits of Pi? Take the Pi Day quiz here.

Why not celebrate Pi Day with a Pie? Check out these amazing Pies for Pi Day recipes.

This has to be the ultimate comfort food recipe. Golden brown pastry and a creamy chicken, leek and bacon filling make this a real feast for friends and family

Drawing from the apres-ski classic tartiflette, this indulgent pie transforms into a cheesy fondue with creamy sliced potatoes and crisp puff pastry.