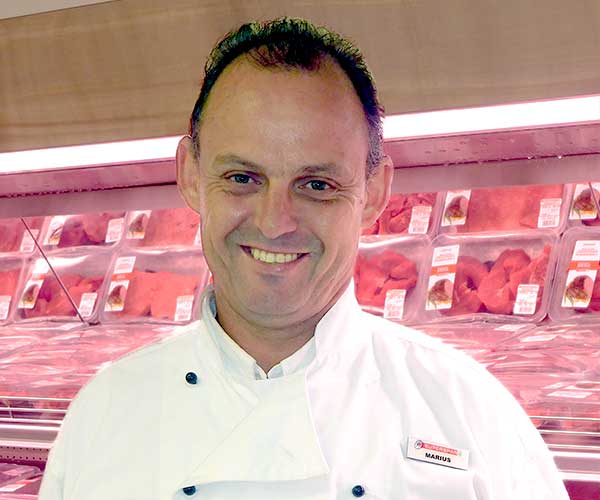 Marius has worked in the butchery department at Karaglen since 2000. He comes from a family of butchers where his father and brothers are involved in the trade.

“We regard the trade as a family tradition.”

Marius loves working with customers and will always ensure that the supplies them with meat cuts of the highest quality.

His favourite cut of meat is a Rump Steak or a Lamb Chop and his favourite meat dish is a perfectly cooked leg of lamb.

Customers who feel they need assistance in choosing the right cut of meat are more than welcome to ask Marius or any of the staff in the butchery department.
“Not all meats are the same and the meat you are cooking with does not have to be expensive to make a great meal.”

Marius strives to always make the butchery department better.
For the last 10 years, Karaglen was announced as winners of the prestigious Cleaver Awards.

Karaglen has walked away with 4 provincial butchery titles and 6 national titles making it one of the top butcheries in the country.
When Marius is not at the butchery, he enjoys running and has completed three Comrades Marathons.

He is also married and has a son.

Adding to this Marius also enjoys boxing and says he won’t mind waking up at 2 am to watch a match.