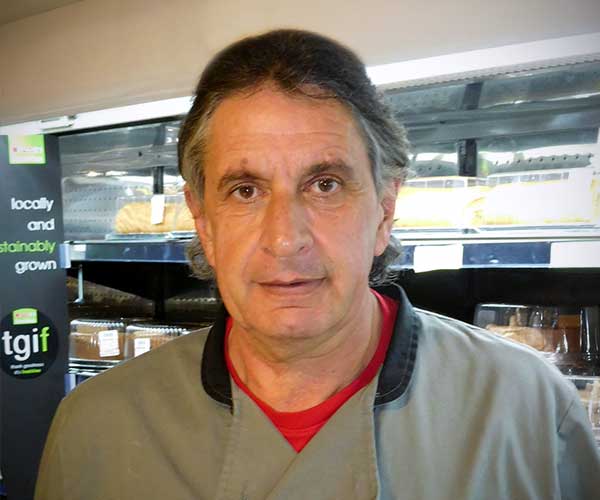 Nick is a trained baker who started working at Karaglen 10 years ago.
Interestingly, before starting a career in baking, Nick trained and worked as an analytic chemist and worked for the National Health Department as well as the Pretoria City Council.

When he grew tired of chemistry in 1986 Nick decided that a career change was in order and opened his own bakery.

He was trained by master baker Erwin Hewitt.

When Nick sold his bakery, he started working with Karaglen.
He enjoys interacting with customers and sees it as the most important part of the job.

His specialty is his Ciabatta Bread and says the secret to its success is the development of the recipe.

His average day starts at 6 am when the production for the day’s bread starts.
The by 7 am the first rolls are taken out of the oven at Karaglen, just in time for the first customers.

By 10 am the bakery’s daily production ends.

Customers are welcome to ask Nick for advice and he says that most of the time people make small mistakes when baking bread.