Edenvale’s anti-drug campaign, Tiles4Change, will face-off against national big brands for the title of Campaign of the Year 2014 at the South African of the Year (SATY) awards in September.

This comes after the local initiative was selected as a finalist on Thursday evening.

The final nomination announcements for the inaugural SATY awards took place at a star-studded cocktail party at the Saxon Hotel, Johannesburg.

The Tiles4Change’s nomination in the finals will now see the campaign vie for the title of Best Campaign of the Year against major national campaigns such as Coke, Kelloggs and KFC.

Tiles4Change was started as a partnership between Karaglen SuperSpar, Karaglen Centre, the Bedfordview and Edenvale NEWS, Edenvale SAPS and Pizzazz Entertainment.

The initiative aims to give school children a support structure in dealing with day-to-day issues such as substance abuse, domestic violence and bulling.

The SATY’s were launched by the 24-hour news channel ANN7, to celebrate extraordinary South Africans who are making a difference in the lives of ordinary people.

“It is about time we have an event that focuses on celebrating positivity in our country. Our pride and unsung heroes will be celebrated as we promote ubuntu and hope to make the event a trend by the end of the evening,” said the project coordinator, Mr Dale Herbst.

Tiles4Change was represented at the nomination party by the founder, Mr Harry Karamichael.

“At the nominations party we revealed those who are making strides in their different ways and making us not only proud to be South Africans, but who inspire us to be better people,” said the master of ceremonies and host of I Am South African on ANN7, Ms Hulisani Ravele. 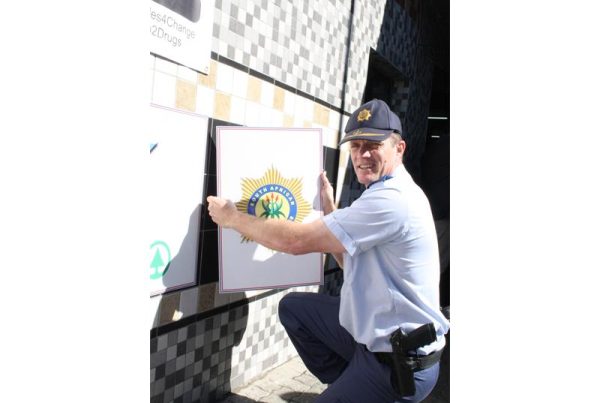